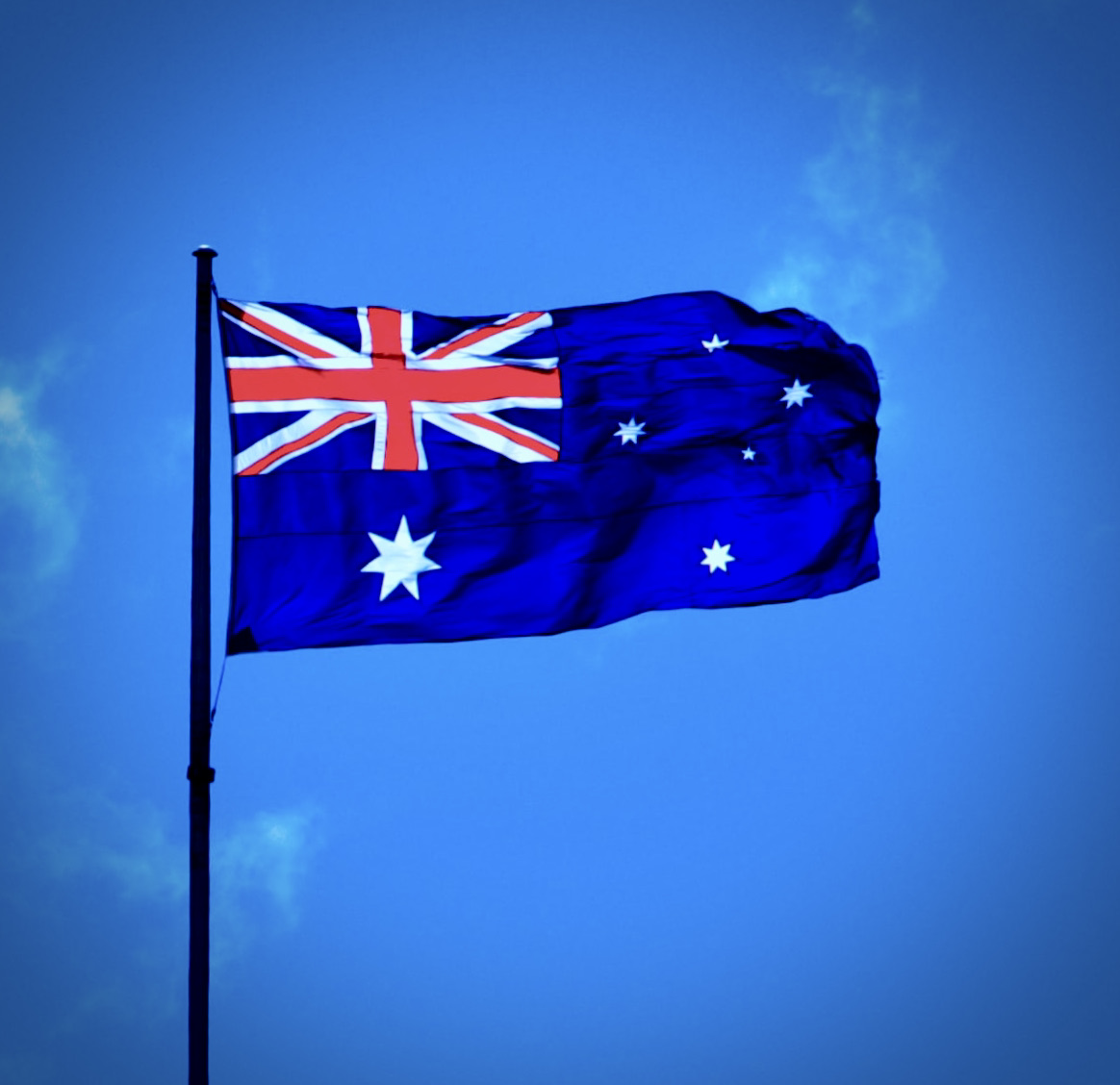 Australians across our great nation turned out to vote this weekend, and they have voted for change. A change of direction, a change of leadership, a change of prime minister. They have voted with hearts and minds set to the goal of doing better on so many important issues for our community, our children, our climate, our place in the world, our future. In the spirit of freedom and democracy, we do this as always, with dignity and grace. #greatestcountryonearth ☀️

Writers Victoria's April Flash Fiction challenge is like reading a good book—you can't wait for the next page/day, but you also don't want to get to the end! The competition drew out flash fiction writers from all over to craft 30-word stories in response to the daily prompt. A fabulously supportive writing community wrote and read and critiqued the rich and diverse stories by so many wonderful wordsmiths in the Twitter community. Sorry it had to come to and end, and already looking forward to more of the same next year. In the meantime, here are my entries for this year's competition. And filled with excited jumping beans to say that my story for the #pyrite prompt won the daily pick on the second day of the competition!

April 1 #hint
Reaching across the table, her delicate fingers enclose the puzzle piece. Her hand brushes his. She looks up, meets his glimmering eyes. A hint of blush stains his six-year-old cheeks.

April 2 #pyrite
The ebony kitten lay silent. Still. Something shifted in me. Her velvet nose twitched. Her eyes unseamed, revealing glimmering pyrite moons. ‘This is the one,’ I said. ‘We’ll take her.’

April 3 #glow
By the light of the embers breathing still, their bodies cleaved, they divine the new dance of this new life. The small hours. Sweet scent of suckling babe. Sacred glow.

April 4 #fortune
1621. She sought providence in the Fortune. Wagered their lives on the crossing—her family, her hopes, her swollen belly. The sea took her husband, Plymouth’s landing her baby son.

April 5 #idol
Missing only hours. Long enough though, to trace back to him. The empty flat heavy with the memory of her. Empty, but for the idol wall—a montage of photographs.

April 6 #intermittent
She doesn’t say much. Opens her eyes intermittently. Keeps mentioning singing. Closes her eyes, smiles when the singing starts again. It’s the angels, she says. Coming to take her home.

April 7 #bright
She envied her sisters—they were petite, pretty, vivacious. Bright baubles indeed. But she was possessed of more precious treasure—kindness, patience, humility. Jewels to which she alone was blind.

April 8 #moon
A warm summer’s night and the full moon rises—spills a carpet of light across the Coral Sea. A kaleidoscope of corals rendezvous—spoon the intimate dance of creation. Renewal.

April 9 #perceive
She was never the same after the attack. It took so much from her—broke her spirit, her sense of herself, her trust of others. Everything now a perceived threat.

April 10 #twinkle
The weight of sadness, of tears shed, the long search, import the missing treasure. The witching hour, she steps outside. Breathe. Moonlight kisses the garden—the lost diamond twinkles back.

April 11 #sequin
The little mermaid rests on the rocky platform, eyes closed and smiling against the midday sun. Content. Sunbeams shoot like arrows, explode against the silver sequins of her glistening tail.

April 12 #shimmer
Shimmering heat rises from the charred landscape, blurs the seam of the distant horizon. Insects buzz amid the trees’ new clothes. A lone goanna trundles by. Life’s relentless marching on.

April 13 #altar
Sooty was just a kitten. It wasn’t fair. She kept tearful vigil at the little garden grave. Rested her sorrow on the sacred altar there. Photo. Collar, the silent bell.

April 14 #horizon
Grandma was an enigma, keeping all beyond the invisible ring she’d drawn around herself. Understanding her was like approaching the horizon—every advance driving the elusive boundary further away. Untouchable.

April 15 #subdued
The war of the aggressor is futile. Hardened hearts, cruel unyielding evil no match for the righteous brave, their courage and honour. The incandescence of truth, freedom cannot be subdued. ????????

April 16 #oasis
Trouble followed Mimi wherever she went. Underfoot in the kitchen. Spilled milk on the sofa. Lego lodged in Daddy’s toes. Then there was Nanna’s lap—an oasis of unconditional pardon.

April 17 #dapple
The night was long and cold in the mountain clearing. The frosty morning exploded in sunshine, birdsong, glistening dew—a sanctuary for the wild mare and her dappled foal. Perfection.

April 18 #faint
An eeriness had possessed her ever since the funeral. Not disconcerting or uncomfortable, but something hovering in the shadows. Then one day she saw it, the faintest presence—her sister.

April 19 #blink
Poor old girl—exhausted, whimpering, bleeding when we found her. Her trapped leg mangled. Not a snarl when we tried to free her. Just the quiet whimper, occasional stunned blink.

April 20 #waver
The hike was exhilarating, the view breathtaking. His heart swelled with awe, anticipation. Sinking to one knee, he held up the impressive ring, risked the question. She wavered. Excruciating descent.

April 21 #gold
Special boy, they all said. A way of softening his intellectual disability, the learning delay. Of explaining away his social awkwardness. Only child, though, to defend the bullied kid. Gold.

April 22 #scintillate
A formidable performer, Athena held their little lives in the palm of her acerbic humour. She was sharp, captivating on stage. Scintillating. But her caustic tide always climaxed at home.
April 23 #hope
‘Stars are doorways you go through when you die,’ Kitty explained to her little brother. ‘To the other side of the sky. They’re hope we’ll see Daddy again one day.’

April 24 #inkling
‘He’s on his way,’ the surgeon assured us. ‘Hasn’t an inkling of anything going on.’ A strained murmur shifted our attention. Grand-père’s eyelids slowly unfastened. ‘Je t’aime,’ he whispered. ‘Adieu.’

April 25 #sparkle
He’d insisted on this getaway. After everything, it would be the way forward. Back here where we started, sunshine sparkling off the lake—it feels like his spirit taking flight.

April 26 #neon
My first time and nothing could have prepared me. A calm, cloudy night—perfect conditions, they said. The sea was alive with dazzling neon. Bioluminescent plankton. Preservation Bay. Spectacular Tasmania.

April 27 #soft
In the mountain clearing, a wild mare nudges her dappled foal. Quivering in the frosty morning, she rises on unsure legs, virgin breath conjuring soft clouds on the chilly air.

April 28 #flash
The clipper rocked wildly in the roiling sea. The intermittent flash of the lighthouse was no match for the pitch clouds and savage rain. Nor for the cape’s shallow reef.

April 29 #eye
They climbed out of the bunker, surveyed the destruction. The farm. The animals. Devastation in the midst of surreal calm. But it wasn’t over. Merely the eye of the storm.

April 30 #glimmer
April peeked through rising tears, relentless disappointment foreshadowing the pain. A faint blue line stared back at her, a glimmer of deepest longing realised. Comes the deluge—tears of joy.